Fesenjan – A Persian Stew Unlike Any Other

Khoresh-e-Fesenjan, often referred to simply as Fesenjan or Fesenjoon, is a tremendously popular Iranian stew which originated in the northern Gilan province of Iran.  The dish has an amazing flavor profile, as the base of the stew is a slow-cooked pomegranate molasses that is then mixed with ground walnuts. The dish is traditionally prepared with poultry, such as chicken or duck. The dish can also be made with different types of meat. Some restaurants offer vegetarian versions of fesenjan, which have neither meat nor poultry, but are equally flavorful.

Fesenjan is an amazing stew in that its flavor profile is sweet, sour and tart all at the same time. This is because of the incredible mixture of ingredients from the walnuts to pomegranate to Medjool dates to butternut squash. The ingredients are left to simmer on medium heat for up to five hours, allowing them to heat into a perfect stew, unlike any other in Persian cuisine. Fesenjan can be enjoyed on its own, but it is more commonly served alongside saffron-infused basmati rice in Persian cuisine, known as chelo or polo (“chelo khoresh” means rice and stew, a very traditional meal in Persian cuisine). Fesenjan is also often served on top of a bed of crispy basmati rice, known as tahdig. While fesenjan got its start in the northern area of Iran, the dish is now enjoyed in various countries, including Azerbaijan. The immense popularity of the stew is mainly due to its unique flavours and a touch of royal excellence. One bite of this classic Persian stew and you’ll see for yourself why people fall in love with it right away. 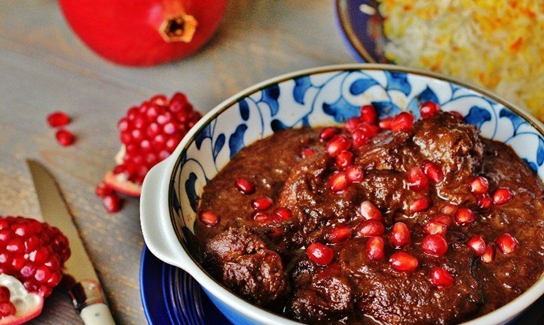 The main source of protein in the dish is usually chicken. However, in addition to protein, there are other ingredients which provide the stew with protein, such as walnuts. As such, even if an individual were to enjoy a vegetarian version of fesenjan, it would still provide them with a good amount of protein. That being said, fesenjan’s sugar content is a bit higher than that of other stews, given that Medjool dates and pomegranates are naturally higher in their sucrose levels. However, no added sugar is ever added to fesenjan (or to other Persian stew’s, for that matter).

While fesenjan is popular all year round, it becomes an incredibly popular dish in Iran during the fall and winter seasons. This is primarily because the pomegranates are at their prime ripeness during this time of year.  Additionally, fesenjan is served as a hot stew, making it the perfect meal to be served on cold days.  While fesenjan is by no means a soup, as its ingredients provide it with a bit more of a thick texture, it is the perfect stew to be poured on top of a bed of basmati rice and enjoyed on a cold day.

Gheymeh, sometimes spelled gheimeh, is another tremendously popular Persian stew. The stew gets its name from the diced meat chunks that are normally found in the stew, as “gheymeh” means diced meat in Farsi. Like ghormeh sabzi, gheymeh also comes prepared with hints of sun-dried lime. The mild acidity of the dish complements the rich tomato paste of the stew that comes out as the main base. The dish is normally served with potato crisps on top.

Such an idea provides a crispy and soft combination to the dish. While some choose to go with the traditional meat version, others choose to keep it plant-based and have the split peas be the main source of protein. Regardless, gheymeh, one of Persian cuisine’s most delicious stew, is sure to hit the spot, especially when served on top of tahdig or on top of a bed of white basmati rice. 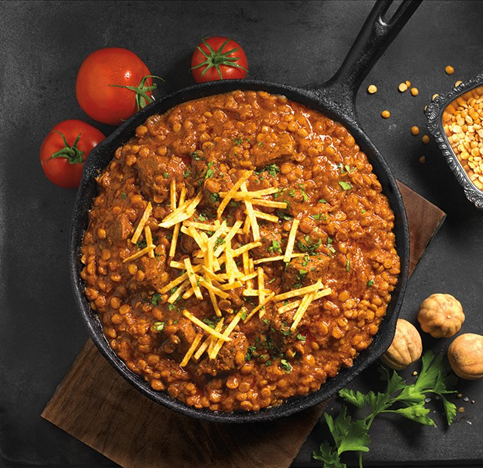 In addition to fesenjan and gheymeh, one of the most enjoyed dishes in Persian cuisine is ghormeh sabzi. This stew is the perfect combination of Middle Eastern herbs such as fenugreek, green onions, cilantro, combined with red beans and diced meat. In a vegetarian version of ghormeh sabzi, the diced meat can be replaced with diced mushrooms. Ghormeh sabzi is extremely rich in its flavors, as the sun dried limes give off an excellent tangy and citrusy taste. There’s a reason ghormeh sabzi is often referred to as one of Persian cuisine’s most delicious dishes.

Like the other Persian stews, ghormeh sabzi is often served on top of a bed of basmati rice or on top of tahdig. However, some people even enjoy eating this stew on its own given how flavorful it is. Each detail is paid very close attention to during the preparation of this stew, as it is one of the more difficult Persian stews to prepare. 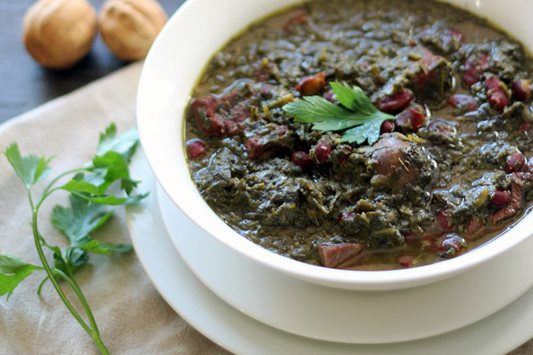 Persian cuisine is truly an ethnic cuisine unlike any other. It’s full of delicious flavors and textures. The cuisine’s three most famous stews, fesenjan, gheymeh, and ghormeh sabzi, put those flavors on full display.

Organize Your Recipes and Cookbooks in Five Steps

How Can You Discover The Perfect Dinner Recipes? Where Would You Look For The Food Ideas?

Fixing Catering Related Services For Your Event Like A Pro

How to Organise a Surprise Birthday Party in The City

What does Bento Catering provide?

Fixing Catering Related Services For Your Event Like A Pro

How to Organise a Surprise Birthday Party in The City

What does Bento Catering provide?